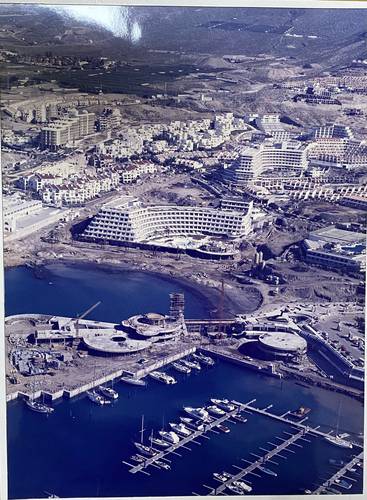 Today we celebrate the 49th anniversary of HOVIMA Hotels. A hotel chain founded by Kurt Konrad Mayer, an architect of Chilean origin who arrived in Tenerife in 1969 and shortly after settling on the island began to develop an intense professional activity as an architect, builder, promoter and tourism entrepreneur.

At a time when it was difficult to bet on tourism in Tenerife, Kurt Konrad Mayer took a risk and in 1973 he founded the company Kurt Konrad y Cía S.A., an entity with which he undertook his ideas and projects in such a way that tourist complexes such as "Las Flores, Villaflor or Villamar" emerged, forming the embryo of what would later become the HOVIMA hotel chain.

The aim of HOVIMA Hotels has been to guarantee a quality accommodation proposal, facing the sea and with the best climate in the world. Ideal for experiences such as a romantic getaway, family holidays, or simply days to disconnect, do sport and sunbathe.

After some difficult years, marked by the pandemic, HOVIMA Hotels has repositioned itself thanks to the efforts of our excellent team. We have once again managed to offer the best experiences.
We continue to bet on the future by making new investments in our establishments to bring you the highest level of satisfaction.

We would like to thank all our guests and employees for making this possible over the years.

Thank you for 49 years together!